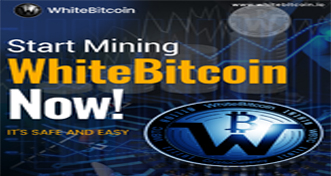 Most interesting part to your Bitcoin knowledge is how these bitcoins are generated. Let’s understand what is mining first.

Mining is the processing of transactions in the digital currency system, known as a blocks. These blocks are interlinked with each other through the process called block chain.

Now, we know each block have complex algorithm also called as hash. Hash is unique and distinctive code like finger print. So, each block is an encrypted with hash proof of work, created in an advance compute-intensive process. The block not only has current transaction hash but also hash of previous block. This makes all the transaction data safe. Bitcoin miner use software that accesses their processing capacity to solve transaction-related algorithms . In return, they are awarded a certain number of Bitcoins per block. The block chain technology prevents attempts to spend a Bitcoin more than once -otherwise the digital currency could be easily misused.

Originally, Bitcoin mining was conducted on the CPUs of individual computers, with more cores and greater speed resulting in better profitability. After that, the system became dominated by multi-graphics card systems, then field-programmable gate arrays (FPGAs) and finally application-specific integrated circuits (ASICs), in the attempt to find more hashes with less electrical power usage. These are technically advance mining.

Due to this constant escalation, it has become hard for prospective new miners to start. This huddle is an intentional mechanism created to prevent inflation. To get around that problem, individuals often work in mining pools.